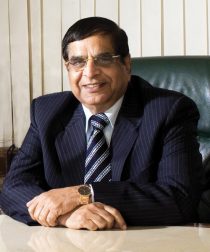 Manav Rachna to Honour Excellence in Industry and Sports in memory of Founder Father Dr O.P. Bhalla who believed in the inherent greatness of man!

In its ceaseless commitment towards Academic Excellence and Quality Education, Manav Rachna Educational Institutions (MREI) has been assiduously carrying forward the legacy of Founder Visionary Dr O.P. Bhalla who believed in the mantra of ‘creating better human beings’. What better way to pay tribute to his missionary zeal than to institute  ‘Manav Rachna Excellence Award-2019’ (MREA 2019)  in a glittering ceremony that would honour some of the greatest minds in the world of Industry and Sports. In an India driven by innovations, enterprise and boundless creativity, the Awards in memory of Manav Rachna’s Founder Father Dr O.P. Bhalla would undoubtedly inspire young minds to take India to unprecedented heights of glory.

Stalwarts to be Honoured 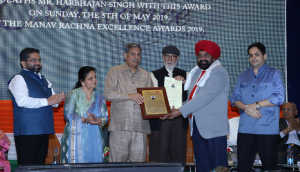 As Director, NAAC (2015-2017), Prof. Singh has been instrumental in introducing steps to enhance transparency and objectivity in assessment and accreditation process; revising grading system to reflect the institutions performance levels more distinctively and strengthening global connect with Quality Assurance (QA) networks and QA bodies of different countries.
As the Vice-Chancellor of BHU (2008-2011), he contributed immensely to its overall development. He has also served as Vice-Chancellor of Dr. Hari Singh Gour University, Sagar, the oldest University of Madhya Pradesh from 2004 to 2008.

Prof Singh has served as Member of General Body of the Indian Council of Cultural Relations (ICCR); and Governing Council of Association of Indian Universities (AIU). He has also acted as the member of several national committees constituted by MHRD for reshaping the future higher education scenario in India.