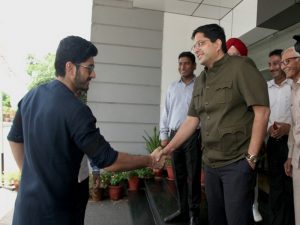 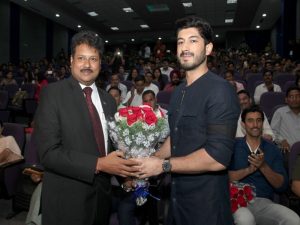 The movie is a period drama based on INA trials during World War -II.

Addressing a jam-packed auditorium filled with students and faculty, Kunal Kapoor said that he is happy to be the part of Raag Desh as he always wanted to work with ace director Tigmanshu Dhulia. Elaborating upon the character of Shah Nawaz Khan, he said that he learnt a lot about the brave soldier who sacrificed his life for Mother India. He also said that Indian National Army was funded by the common people to fight the British. 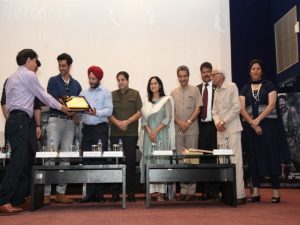 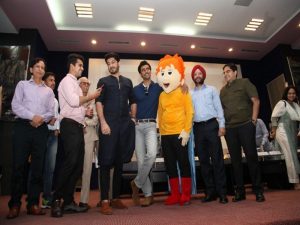 Seconding his thoughts, Mohit Marwah said that though it is his second film but he has learnt a lot from the crew members. He also discussed about the challenges that the film crew faced but was happy with the outcome of the hard work that each and every member of Raag Desh has put in.

The session was followed by Q&A between the film’s cast and the students. 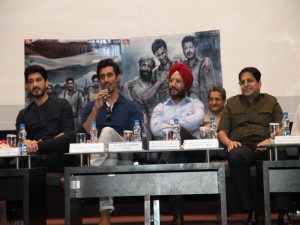 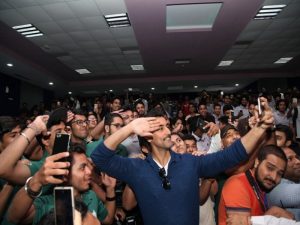 The film cast also met the Mascot of Manav Rachna’s annual festival Resurrection –Ronze. They also clicked a selfie with the students.

Post-graduate students of department of Prosthodontics attended a conference