NDTV’s Workshop on ‘News Production and Role of Producer’

A workshop was conducted by the Department of Journalism & Mass Communication under the series of workshops being conducted for the students of BA-JMC & MA-JMC, wherein the stalwarts of NDTV News Channel described and shared their know-how and techniques with the students. The subject of today’s workshop was on‘News Production and Role of Producer’. 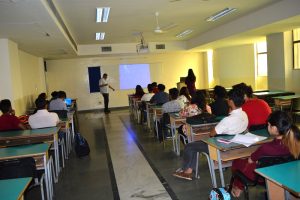 Mr. Sanjay Ahirwal, Managing Editor along with Ms. Anasuya Mathur, Channel Head, NDTV 24X7 were the eminent speakers of the Workshop. She has worked in different key positions as Anchor, Reporter, and Editor, etc. with NDTV. Ms. Mathur is now the Production head of NDTV Group. 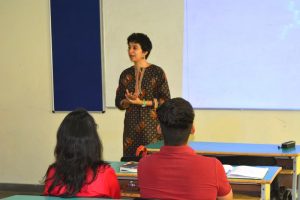 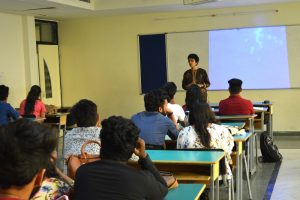 Ms. Mathur is a specialist in Production. She explained to the students about the various techniques of News Production. She also explained the role and responsibilities of producer in the TV News Channel. The Workshop was highly informative and interactive. They also showed some interesting visuals to make   the class room transaction more interesting. It was both interactive and informative.

The Workshop was well appreciated and treasured by the students as they were given hands on practical exposure on how to write news in the class room by the resource persons too.