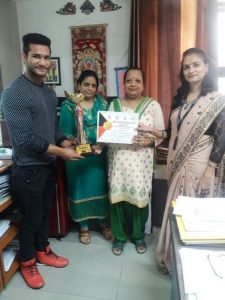 With these thoughts in his heart, Vishal Pratap Singh, a student of B.Sc (V Sem), Department of Nutrition and Dietetics, Faculty of Applied Science, Manav Rachna International University began to pursue his fantasy, working diligently every day to attain his dreams. He has brought laurels to the University by bagging the 1st position in Body Building Man & Woman Fitness Model Championship and thus, has been titled “Mr. North India 2017”.

Additionally, he has also secured the 5th position in Fitness Model and Men’s 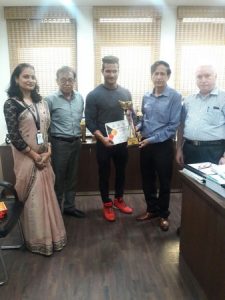 Physique. The competition, a closely contested affair, had the participation of contestants from across the country. For Vishal, it was his grit and determination that made him bagged the 1st position, beating all the other contestants on the National Stage. He has also been selected for Mr. Universe Championship, wherein he would be representing India. We hope and wish for his victory. Vishal has made us all proud. May he proceed ahead and attain even greater glory and success in all his endeavours.