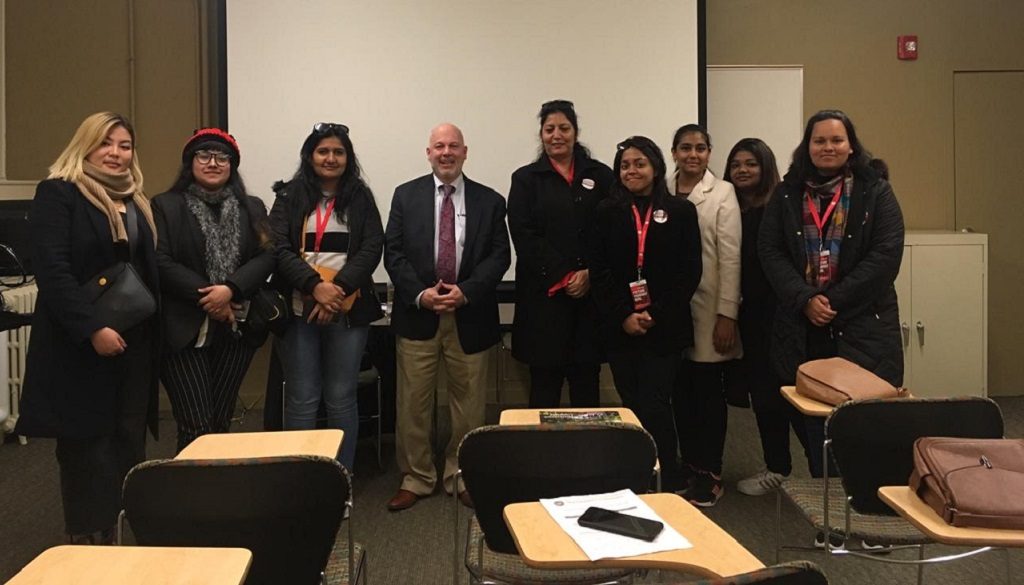 A National Symposium on “Sustainable Development, Environment Conservation & General Awareness” was jointly organized by the Manav Rachna International Institute of Research & Studies (MRIIRS) and the Centre for the Study of Administration of Relief (CSAR) today at Manav Rachna campus. This Symposium was designed in the spirit of nurturing “Knowledge through Fun”.

This versatile symposium commenced with the inauguration of the Exhibition on Sustainable Development, Environment Conservation, Disaster Management & General Awareness. This was followed by a presentation by Dr. Harjit S. Anand wherein he elucidated the key features of Sustainable Development Goals, the Paris Agreement on Climate Change, the Sendai Framework for Disaster Risk Reduction (SFDRR) and the New Urban Agenda of the UN Habitat and critical principles of Disaster Management. Dr. Anand concluded his presentation by saying, “Like a watchful soldier, we have to guard the earth.”

A Quiz Competition on the above theme was also organized from which best 16 students were chosen for the Live Quiz. The Super Six competitors of the Live Quiz were chosen for the debate on “Increase in the member and intensity of natural hazards like floods, cyclones or earthquakes is an indicator of Global Warming”. Swati (against the motion) was crowned as ‘CSAR-Manav Rachna-QUEEN’ and Sanchit (in favour of) was crowned as ‘CSAR-Manav Rachna-KING’. A Cash prize of INR 7,000 was given to the winners.

On this day of World Theatre Day, a Cultural Competition of skits, poems and songs on Sustainable Development and Environment Conservation was also organized which was adjudged by Shri Mohan Maharishi. ‘Live Art’ by Shivam and Jagbir emerged as the winner of the competition, whereas the second position was bagged by Manav Rachna’s Fashion Society ‘Aaira’.

The symposium apprised everyone about the sustainable development goals, environment conservation and the way to move forward.