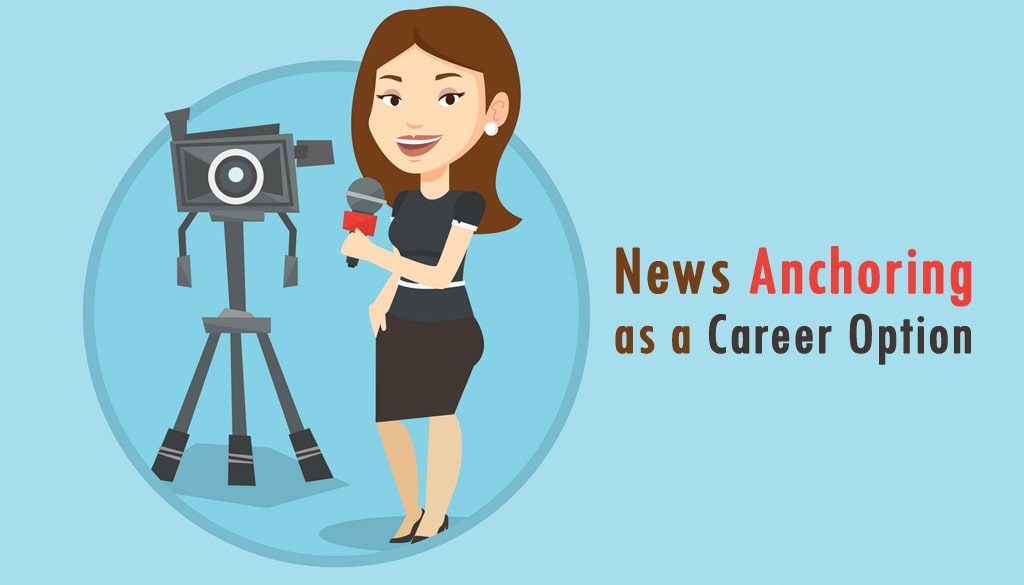 News Anchoring as a Career Option

Anchoring on television is one of the most sought-after career choices for many young people. As a journalism teacher who has also handled the placements of students, I can vouch for this. Almost every other student when asked what option he or she would like to pursue as a career, the answer would invariably be anchoring. A whole generation of Indians has literally grown up watching a suave Rajdeep Sardesai, a gritty Barkha Dutt, an aggressive Arnab Goswami and not to forget a down-to-earth Ravish Kumar on Primetime across channels and have been enamoured by their glamour and the sense of authority that they exude. These news anchors/presenters are stars in their own right. The people see them as messiahs who take up their issues, question the authorities and expose the misdeeds of people in power. In so much so that over the years, they have become the face of the channels they represent and are the main movers behind the TRPs that their shows garner.

And not just news anchors for news programmes, even those for general entertainment or sports programmes too have attracted much attention. Be it a Harsha Bhogle or a Manish Paul—they are all household names. The money and the celebrity status that comes with the job is definitely an appealing factor for the youth.

Skills Needed to be a Good News Anchor

Working under the studio lights is much more than just reading off a teleprompter in an air-conditioned studio. It can be pretty demanding and requires multitasking. Being presentable is important, but that may not take one far if there is no substance. One must be well-read, able to articulate well, updated in current affairs and proficient in language—both in spoken and writing. Sure, appearances do matter—therefore, one must look fit, have a clear, confident style of delivery and a good diction, and a sharp presence of mind —in order to be a good news anchor. For non-news segments too, all these traits are desirable, in addition to having strong domain knowledge. This apart, one must have the aptitude to work in a team as television is all about a great team effort. And he or she must be willing to put in long hours at work as a news anchor and have no issues working at odd hours too.

To become a news anchor, the eligibility conditions may not be strictly rigid but a Mass Communication degree definitely helps. If you check the qualifications of the well-known presenters/news anchors in the country, you will find that a majority of them have pursued some course or the other related to Mass Communication. A degree in Mass Communication gives you an edge over the others as you would be exposed to the various nuances of television production. The practical training sessions give you the experience of facing the camera, conducting live shows and panel discussions. The course also gives students grounding in the ethics and values of journalism practice and hones their writing and story-telling skill-sets.
To be eligible for a Journalism and Mass Communication course, a student must have scored at least 50% marks in aggregate in 5 subjects including English as a compulsory subject along with 4 subjects with the highest score out of the remaining subjects.

The opportunities in the television sector are abundant. In India, the number of television channels has grown to around 900 with many private players throwing in their hats post the 1990s economic reforms. Both TV viewership and annual advertising revenue for the TV sector have increased since 2016, according to the Broadcast Audience Research Council (BARC) survey. This has led to an increase in the number of programmes and creation of jobs. With OTT platforms like Netflix and Amazon Prime also churning out exclusive programmes, opportunities for aspiring anchors or presenters abound. The ever-growing events industry too has tremendous scope for anchors and presenters.
An entry-level news anchor with less than one year of experience can expect to earn up to 3-4 LPA. A news anchor with five to nine years of experience can earn up to 7-8 LPA.