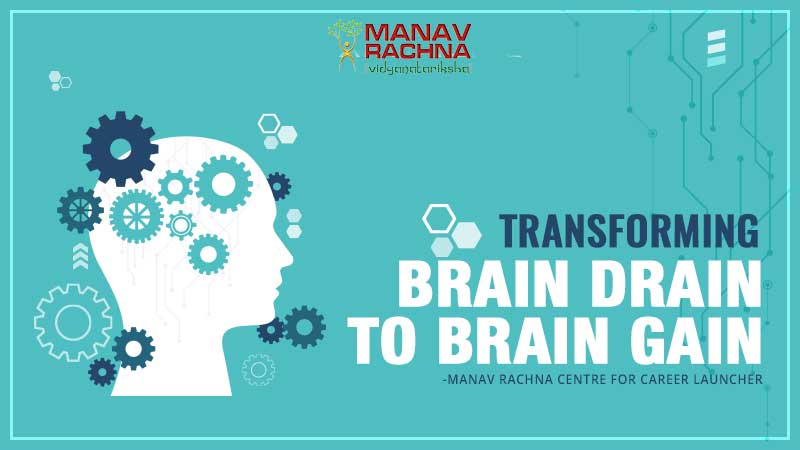 In 2015, the International Migration Report named India as the country with the largest Diaspora in the world with around 16 million people taking up jobs and education in countries abroad. Nearly a million Indian scientists and engineers reside in US alone. Globally, India now accounts for the second largest population of international college students (2.5 lakh) after China (8 lakh). The new stringent US policies have posed a hindrance to staying back in US after the course is over. Australia and Canada are riding on this wave by extending open arms to international individuals and hence, international admissions in these countries are soaring. As of November 2017, more than 68,000 were studying in Australian institutions alone. This is almost 12% more than the previous year’s statistics.

What is Brain Drain ?

Brain drain, the term which originated back in the 1960s when people from poor countries would move to rich countries in search of a better livelihood, has gained immense popularity these days. It impacts the country economically by reducing the human capital that could have potentially contributed to the nation’s GDP. US, UK, Singapore, France, Germany and Australia are few of the many countries to which our students migrate.

What could possibly be the reasons for this brain drain?

One of the most important factors contributing to brain drain is a better standard of living offered by these countries. Most of these countries are much more developed and advanced than India in terms of technology, and the pay offered to graduates and post graduates. At the same time, the competition in India has reached the topmost level. In the recent years, the cut offs for admissions in India have been close to 100% in the best universities. The universities just want brilliant students and the students who fail to meet these irrational demands start looking for options abroad. As per the Value of Education report 2017, more than 55% of the parents eye universities abroad for their children. They believe that these universities would give better exposure to their children and at the same time would ensure that they get good placements after college.

But a major drawback of admission in foreign universities is the high education and residential costs involved. While an Indian Institute of Technology (IIT) student has to pay an average fee of $150 per month, the fee paid per month by an Indian student studying abroad is between $1,500 and $4,000, which is high enough to burn a hole in your pockets. It is high time we transform this brain drain to brain gain. An ambitious campaign – Study in India has been launched by the Indian Government through which it is trying its best to attract and persuade students from abroad to study in Indian universities and colleges.

There is a need to strengthen our education and other systems to stop the exodus of our human assets. The level of competition is not reducing anytime soon, hence proper training and guidance has become a pre-requisite when it comes to competitive exams for entry into Indian colleges and universities.

Come and train yourself for the best!