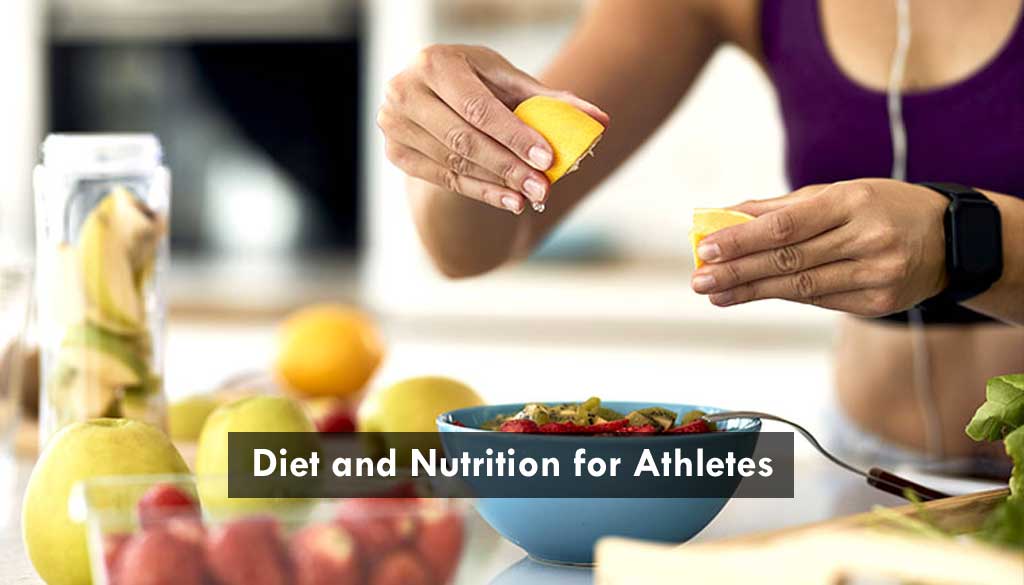 Diet and Nutrition for Athletes

Being international level athlete demands of discipline and is more than being any regular individual. Dietary regulations or nutrition maintenances were a part and parcel of the deal! So when I was asked to write about nutrition, all levels of consciousness threw three rich words out of my mouth ‘Butter Chicken & Naan’!! Preposterous, isn’t it?

Isn’t that a comfort food, miles away from a nutritious meal, filled with glycemic load in form of carbs (read carbohydrate)? However, the combination is a perfect mood uplifter, when you hit the rough water and you are upset and sulking, eat a hearty meal of Butter Chicken or Paneer Makhani with naan and see the cognition transformation! Everyone talks about weight loss and consumption of adequate nutrition but hardly do we realize nothing can be as therapeutic as a good night’s sleep; for that to happen body demands protein or carbs to help you to get tucked in the quilt, so far it’s all good!

In reality, especially in the 21st century and in this modern era, we hardly comprehend what we are eating. Some people talk about healthcare and market their products, and the so-called ‘Saffron Brigade’ makes the most of it by selling the products which some self-proclaimed “BABA” won’t even consume his own products!
I sometimes think & believe that the availability of drugs & fancy powders (Protein, Creatinine, Glutamine, etc) has led to the loss of homeostasis concerning health. The very fact that humans are made of trillions of cells, is a case study by itself.

I shall now enlighten you about diet and nutrition, while I am cooking. We saw the best ever haul of Olympic medals in Tokyo this year and as a truly spirited countryman, felt very proud that after 13 years we could hear the National Anthem at the Olympics. We often listen to athletes about ‘What is the best lifestyle?’ and ‘What do they ingest?’. The medals for Tokyo game were made of recycled electronics; we as an athlete are also living out of recycling.

Developing food habits is one of the most complex aspects of human behaviour, is determined by multiple motives, and is directed and controlled by multiple stimuli. Food acceptance is a complex reaction influenced by biochemical, physiological, psychological, social and educational factors. Metabolic conditions play an important role. Age, sex and mental stability are factors of importance. People differ greatly in their sensory response to foods. The likes and dislikes of an individual concerning food move in a nexus of race, tradition, economic status and environmental conditions.

For the majority of the population, food is cultural, not nutritional. A plant or animal may be considered edible in one society and inedible in another. It is probably one of the most important things to remember in connection with the cultural factors lies in dietary (food) habits. It is observed that there are many combinations of food that will give the same nutritional results.

Culture consists of values, attitudes, habits and customs, acquired by learning which starts with the earliest experiences of childhood, much of which is not deliberately taught by anyone and which so thoroughly internalized that it has permeated into subconscious level. Food habits are among the oldest and most deeply entrenched aspects of many cultures and cannot, therefore, be easily changed, or if forcibly changed, can produce a series of unexpected and unwelcome reactions. Food and food habits as a basic part of culture serve as a focus of emotional association, a channel of love, discrimination and disapproval and usually have symbolic references. The sharing of food symbolizes a high degree of social intimacy and acceptance.

So when in 1896, the Modern Olympics took place, it was something that we as athletes pondered over the ancient Greek rituals. There is a study where athletes initially never ate cooked food but had fruits & bread made of all kinds of grains. Having a goat was considered to be good for jumpers; they would make the jumpers spring-like goats. Cocks that would survive a cockfight were considered an ideal food for wrestlers. Then, we have our Indian wrestlers who swear by badam, milk & ghee.
In May 1941, when the war began, new guidelines were announced for total calories and selected nutrients including protein, calcium, phosphorus, iron & specific vitamins.
So, here is what we need! Attainment of love & happiness gastronomically, and a consistent regime of exercise, will ensure that we all sail for long and far.