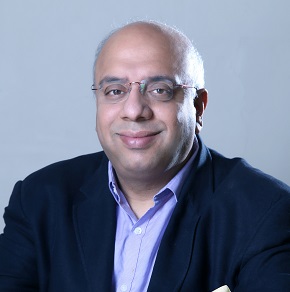 Mr. Anurag Batra, the millennial media mogul, is a journalist and an eternal optimist, is a luminary of great eminence. He holds a B. Tech in Computer Science, and is an MBA from the very coveted Management Development Institute (MDI) Gurgaon. A first generation entrepreneur, he acquired one of the most respected business publications in the country: Business World, and took the brand into the next orbit by increasing its gamut of coverage manifold. Under his erudite leadership, Business World has expanded into digital marketing, events and BW communities. It now has under its umbrella, the leading Asian website on digital marketing, the leading Indian experiential marketing website and BW Hotelier – the premium destination for Indian Hospitality news launched in collaboration with Hotelier International.

Mr. Anurag Batra founded the exchange4media group and serves as its Chairman and the Chief Editor, managing several big names under its aegis viz. exchange4media.com (a leading median industry website in the country), PITCH (India’s only Advertising, Marketing and Media Magazine), IMPACT (a marketing weekly), Franchisee Plus (A business opportunity magazine), Realty plus (a monthly real estate magazine) and samachar4media.com (a leading media industry website in Hindi).

Mr. Batra is has been appointed by Government of India as the Chairman of an industry committee formed to come up with a vocational training framework for the media, communication and entertainment industry. A speaker par excellence, he is a regular at Conferences pertaining to Media, Internet, Television, Media Policy and Entrepreneurship organized nationally and internationally. He plays a prominent role in the decision making processes of media industry in his capacity of being the President of the Northern Chapter of Franchising Association of India and of being a member at the Sales & Marketing committee of the Delhi Management Association. Owing to his prowess in the industry, he is on the Executive Committee of the Association of Indian Magazines.

At such young age, he has crafted learning opportunities and invested time in making his task most engaging. He mentors many budding entrepreneurs and believes in the idea of reverse mentoring to keep his pursuit of learning strong. Mr. Batra, being the Chairman of the Advisory Board of Futuristic Media Communication Centre, loves to teach and plays a pivotal role in success of this Media and Communication School in the country. Owing to his contribution and passionate involvement in his field, he has been bestowed with the “Most Distinguished Alumni of the Decade Award” by his alma mater – MDI, Gurgaon.

(Valor, strength, fortitude, skill in weaponry, resolves never to retreat from battle, large-heartedness in charity, and leadership abilities, these are the natural qualities of work for Kshatriyas.)

MANAV RACHNA FRATERNITY HONORS HIS SPECTACULAR CONTRIBUTIONS AND WITH IMMENSE GRATITUDE, BEQUEATHS MR. ANURAG BATRA WITH THIS AWARD, ON SUNDAY, THE 5TH MAY 2019, AT THE MANAV RACHNA EXCELLENCE AWARDS 2019.