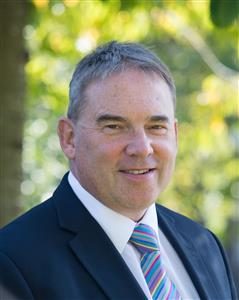 A great academician, an astute leader, a far sighted visionary and a world renowned podiatric, Dr. Steven West is famed for his contribution to the world of science and medicine. Apart from his current role as the Vice Chancellor and Chief Executive Officer of University of the West of England Bristol, he holds a number of honorary and advisory appointments in his discipline; and in healthcare policy and practice, both nationally and internationally.

A luminary of great eminence, an entrepreneurial doctor and above all a great humanitarian, Dr. West has served for four years as the Chair of University Alliance, which brings together 20 of the most innovative and enterprising universities in the UK. He has been serving as the Chair of the new West of England Academic Health Science Network (WEAHSN) since 2013 and has been playing an instrumental role in transforming health and healthcare by putting innovation at the heart of the NHS. As the Chair of WEAHSN, Dr. West has brought together a wide range of partners including health commissioners and providers, universities, industry and other stakeholders to improve some of the big and difficult health issues facing the United Kingdom.

Dr. West is highly revered for his unstinted commitment and determination, unassuming nature, deep compassion and ever inquisitive mind for pursuing scientific wisdom.  He joined University of the West of England, Bristol as Dean of the Faculty of Health and Social Care, and championed the merger of three Colleges of Health into a new faculty, establishing one of the largest Faculties of Health and Social Care in the UK. A motivating and inspirational leader, he played a key role in consolidating the delivery of nursing, midwifery, physiotherapy, radiography and occupational therapy, onto three regional campuses. It is worth mentioning here that Dr. West is a Board Member of the newly found higher education regulatory body in the UK called ‘Office of Student’ & is the only Vice Chancellor nominated on the Board.

Possessing a remarkable knack for teaching, he entered academia in 1984 as a lecturer and developed his research interests at King’s College London in the Department of Bioengineering and at Roehampton Limb Fitting Centre. He has trudged an extraordinary journey by holding vital positions in many organizations as Head of Department and Dean. He took up the post of Vice Chancellor of University of the West of England in May 2008 at the young age of 46. A Fellow of the Society of Chiropodists, College of Podiatric Medicine, and the Royal Society of Medicine, Dr. West is a notable name in the field of Podiatric Medicine.

Having served as the President of Bristol Chamber of Commerce and the Chair of the West of England Initiative from 2013 to 2017, he played a fundamental role by forging the link between a business-facing university and the business leadership organization – Business West. With numerous nationally and internationally accredited  publications to his credit,  Professor West was awarded a Commander of the Order of the British Empire (CBE) in the New Year’s Honours list 2017, for services to Higher Education making his life a saga of enormous accomplishments.