The main agenda behind conducting the event was to provide a platform for students to gain knowledge and learn about existing and emerging technologies as well. 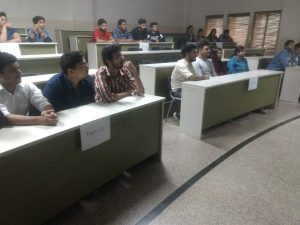 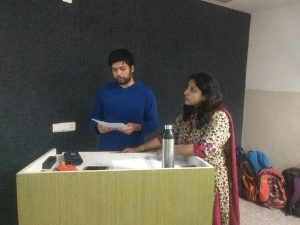 The Quiz competition “Technocrat 2017” was organised under Student Chapter of CSI. The first round of quiz was conducted in different rooms for around twenty four teams of students from BCA, MCA & BSc. IT who competed with fervour throughout the event. Each team could have maximum four students. The final round saw top four teams who had qualified amongst various teams present in the quiz. Students participated with full enthusiasm and found the event an informative one. The final round was hosted by Nitin & Rajat Ranjan, students of BSc (IT) . The Guest of Honour included Dr. Rashmi Agrawal, HOD and other faculty members from FCA.

The First prize was bagged by team of BSc. IT – I students which included Sohail Madan, Akash Wadhawan, Aanchal and Utkarsh. The winner of the second prize was another team from BSc IT-I namely Vineet, Parth, Yatharth & Gagan. All the participants were presented a token of appreciation and the winners were awarded with cash prizes as well . Overall, the event was a great success and the motive behind organising the event was successfully accomplished.

Expert Talk on Preparatory Steps to join IAF after B Tech

Online Workshop on Mendeley- A Complete Solution to Organize Research