The Republic Day celebrations was a grand festival for all the members of the manav rachna family. Dr. I. K. Kilam, Dean Students Welfare; Mr. R.K. Arora, Registrar, MRIU; Ms. Gauri Bhasin, Head , Career Development Centre; Dr. Gurjeet Kaur, HOD, N&D and other faculty members graced the occasion.
The amphitheatre was packed to full capacity with enthusiastic students being part of the patriotic festivity. The event began with a beautiful dance performance by the Students which pepped the audience with the feeling of motivation and patriotism.
A MIME act was performed by PAIGAAM (Manav RAchna Theatrical Troupe) that depicted the story of formation of Indian Constitution including the era from dictatorship of Kings to democratic India. In the same context, National Voters’ Day was introduced to the youth present and Voters’ Pledge was taken by everyone present at the occasion. A Fashion Show by NOORA (Manav Rachna Fashionistas) drenched in the traditions of Indian states boosted up the spirit of the audience. A musical performance by the members of Music Society and a Dance performance by MRIDAKSH (Manav Rachna Dance Society) towards the end created a much needed impact on everyone’s heart and made them understand the true meaning of being independent. 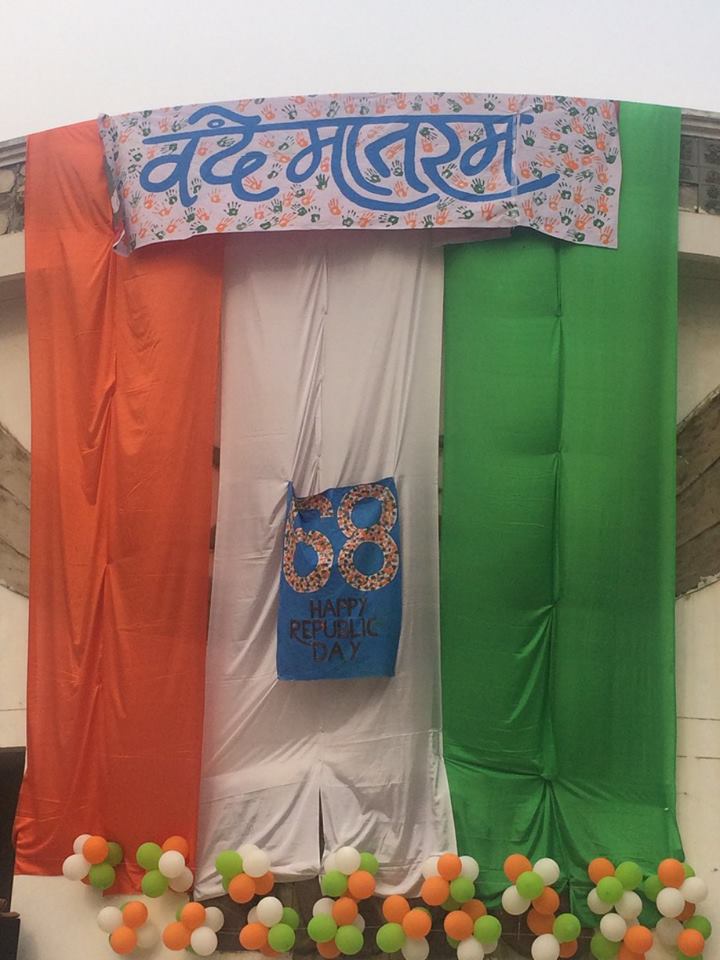 In Continuation of celebrating the spirit of togetherness and patriotism, the Indian tri-colour Flag was hoisted at Center Lawn of the Manav Rachna campus on 26th January, 2017 which saw dignitaries like Dr. V.K. Anand,Registrar, MREI; Dr. Shobha Srivastava, Deputy Registrar, FET, MRIU along with the Students and other members of the Manav Rachna family. Laddoos were distributed while wishing everyone a Happy Republic Day. The event ended with love and respect for the Nation and left everyone proud to be a citizen of an incredible country like ‘INDIA’.