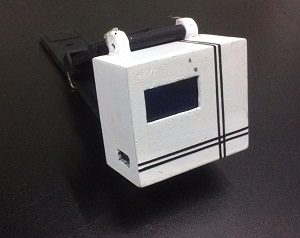 Team Manav Rachna Innovation and Incubation Centre outshone all the stars out there and that too on March 16 now famous as Arduino Day. The Arduino Day Hardware Hackathon was organized at Bharatiya Vidyapeeth’s College of Engineering and around 20 teams from all over Delhi NCR participated in the same.

Team MR developed a wearable gadget which was a wrist band for collecting air quality data; the band updates the data on cloud. The idea was to map air quality of the cities on a map so that in real time people can get correct updates on the quality of air in a particular region.

It was a hackathon so the entire project was developed in a time span of 10 hours.

Manav Rachna congratulates them and wishes them best for their future!!

Manav Rachna was proud to host Mr Anand Kumar, Founder of Super 30 as he visited the campus to engage in a fruitful interaction with Senior Dignitaries and MRIS Students

Vaibhav Jha Selected as ‘Mentor of Change by NITI Aayog

Session on ‘Decoding Self Esteem’ by Ms. Amarpreet Bakshi, Founder of ‘The Counseling Room’