The All India Management Association (AIMA) is organizing its 1st Young Managers Simulation Championship (YMS 2017) at FMS, MRIIRS (formerly MRIU) from December 12 – 14, 2017. Manav Rachna is the academic partner and host for this first ever championship that shall be the launching pad for many more successful editions of YMS. The Championship is for young managers (having maximum age of 35 years). The first edition of YMS has 19 teams from leading corporates including Infosys, HPCL, SRF, Bharti Infratel, NBCC, Andrtz Hydro, SKF, Hitachi, Jindal Steel etc. 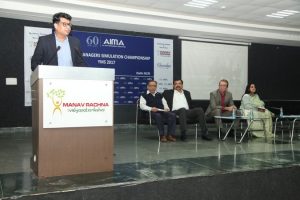 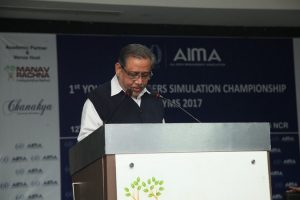 The inaugural session of YMS was presided over by Dr. Chavi Bhargava Sharma, Professor and Dean, FMS, MRIIRS. While encouraging all the participating teams, the Chief Guest Mr. Erich Plangger, Functional Head, Andritz Hydro India said: “There is only one winner of the champions trophy, but each one of you is a winner in terms of the experience, knowledge and skills that you gain from this Championship”. 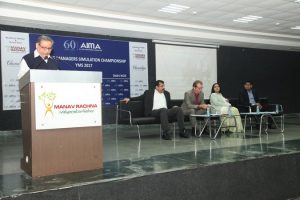 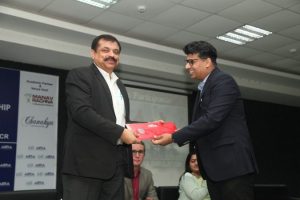 Mr. Sharad Mishra, Head- Human Resources said that Manav Rachna is the best venue to host the first ever YMS as the role of each one of us in the HR industry is to mould human resources and the name of Manav Rachna itself embodies the creation of better human beings. 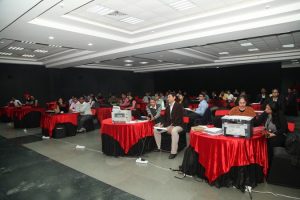 The winner from the Prelims rounds being held at Manav Rachna will get a wild card entry into the National Finals on December 14 (being held in New Delhi). The team with the highest PAT over 5 rounds will be declared as the Winner of the event. The top three teams will take away the cash prizes and trophies in the National Finale on third day.

On the Spot Slogan Writing Competition