Five stalwarts received the honour at a glittering function

The ‘Manav Rachna Excellence Award-2017’ (MREA 2017) was given away today at a glittering ceremony on the final day of the ‘National Conference on Autonomy of Education’. His Excellency Prof. Kaptan Singh Solanki, Governor of Haryana, who was the chief guest on the occasion, gave away the awards along with Dr. Prashant Bhalla, President Manav Rachna Educational Institutions, and Shri. Atul Kothari, Secretary, Shiksha Sanskriti Utthan Nyas. Also, present on the occasion were Dr. Amit Bhalla, VP, MREI, Padma Shri Dr. Pritam Singh among others.

A pragmatic leader, Mr Nanda has played a defining role in establishing Escorts as an organization of repute. Mr Bhargava’s, dynamic leadership and strategic planning has made Maruti the undisputed market leader today. ONGC, India’s most valuable public sector enterprise has grown by leaps and bounds under Shri Sarraf’s able leadership. Ms. Shradha Suri Marwah is a revered figure in the corporate world and has been the source of inspiration for her team members. Ms. Pusarla Venkata Sindhu, more popularly known as P.V. Sindhu, became the first Indian woman to win an Olympic silver medal and is the youngest recipient of India’s fourth highest civilian honor: the Padma Shri.

Speaking on the occasion Dr. Prashant Bhalla, President Manav Rachna Educational Institutions said, “Our founder father Dr O P Bhalla brought about ‘manav ki rachna’ through the mantra of creating better human beings. Through this landmark event today, we take pride in recognizing the indomitable spirit, amazing persona and comprehensive vision of eminent personalities from different sectors. MREA 2017, in keeping with Hon’ble Prime Minister’s vision of nation building, will inspire the youth to work towards taking the country to never-seen-before heights of glory.”

In his valedictory address at the National conference on the Autonomy of Education in which the award ceremony was held, His Excellency Prof. Kaptan Singh Solanki said, “Manav Rachna is the manifestation of the human element in man. Governments may come and go, but the nation goes forever. And in that our identity, culture and civilisation are of paramount importance for which the role of education and the people behind it can in no way be undermined. Infact, autonomy, peace and prosperity can be achieved through a lifestyle ingrained in traditional values on which the pillars of our culture and civilisation in Bharat rest.”

He also extolled the virtues of the Bhagvad Gita while launching the book ‘The Timeless Wisdom from Gita and the Art of Leadership’ authored by Dr. Sanjay Srivastava, MD, MREI at the closing ceremony of the Conference.

Earlier, on the first day of the Conference, Hon’ble Minister Shri Ram Bilas Sharma, Education Minister, Haryana, mesmerized the gathering with his philosophy on education saying “Teaching has never been a profession in India but a dedication and a way of life. While the 19th century belonged to Europe and the 20th century belonged to America, the 21st century belongs to India which is definitely on the path of greatness.” 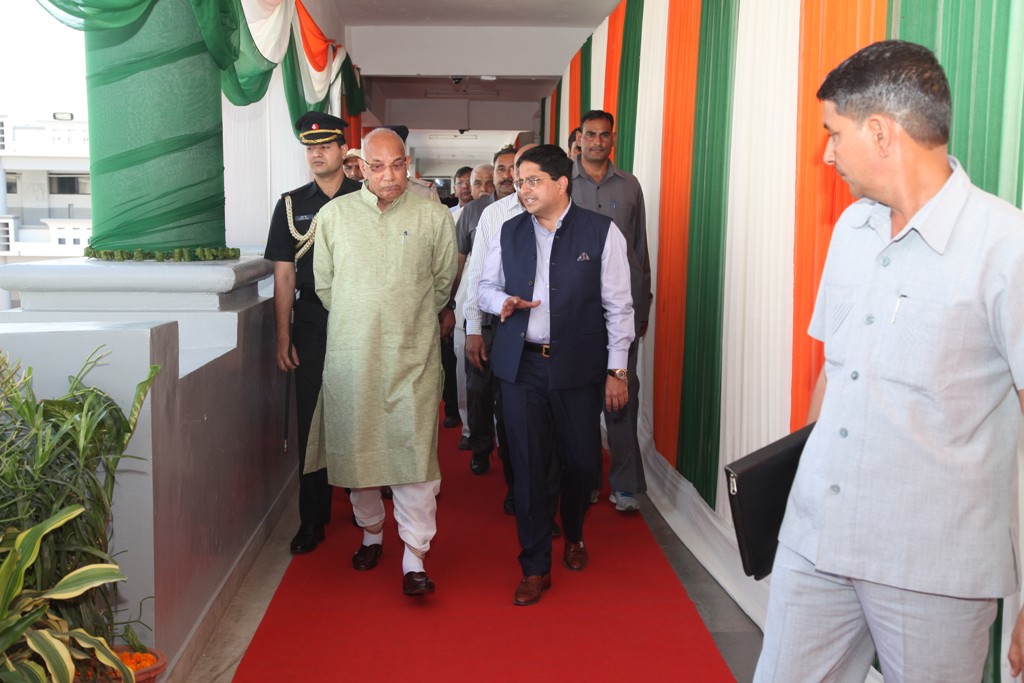 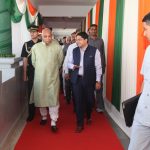 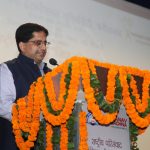 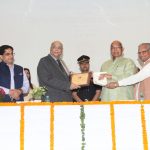 Manav Rachna Sixth Public Lecture on ‘Cancer, Is It Lethal!!’

US Elections and INDIA: A PARADIGM SHIFT