Two of the teams from MRCE visited Maker Fest that was organised in Ahmedabad, Gujarat. The event was attended by over 10,000 people including Angel Investors, Makers, School Students and industry professionals.
Students from MRCE presented two projects at the maker fest and received great response from all the attendees. Visitors were curious about which college we were from and what other projects have we worked on.
The teams were also invited to IIM Ahmedabad for seminars by renowned entrepreneurs and Venture Capitalists. The talks were focused on innovation and entrepreneurship and were organised by TIE, Ahmedabad.
The venue of this grand event was CEPT University, Ahmedabad and the event was sponsored by the likes of Intel, Mozilla and Fab labs. 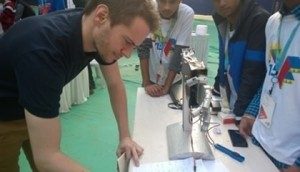 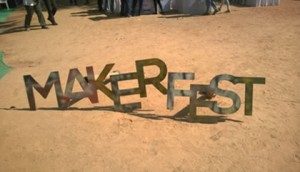 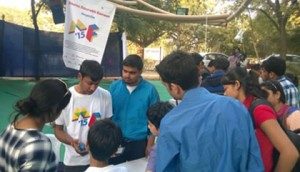 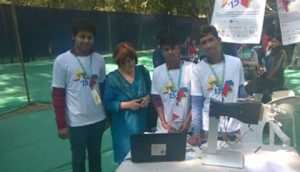