In collaboration with Google India Limited organized a Chatterboxing Competition

Manav Rachna University in collaboration with Google India Limited organized Chatterboxing competition at the Manav Rachna campus (from 21st to 23rd November, 2016) which culminated with an exciting finale in which Manav Rachna and Google Allo presented Biswa Kalyan Rath, an engineer turned Standup Comedian and You Tuber and raised the entertainment quotient! Google Allo Chatterbox-er powered by Google is the new chat app for Android and iPhone. This smart messaging app helps the user say more and do more, enabling them to express themselves better with stickers, doodles, huge emojis and text. Students participated with great enthusiasm right from the first day itself on 21st November, 2016. They appeared for the semi final round on 22nd November, 2016 before Finalists competed for the top slots held here today wherein the winners bagged exciting prizes and goodies by Google Allo. 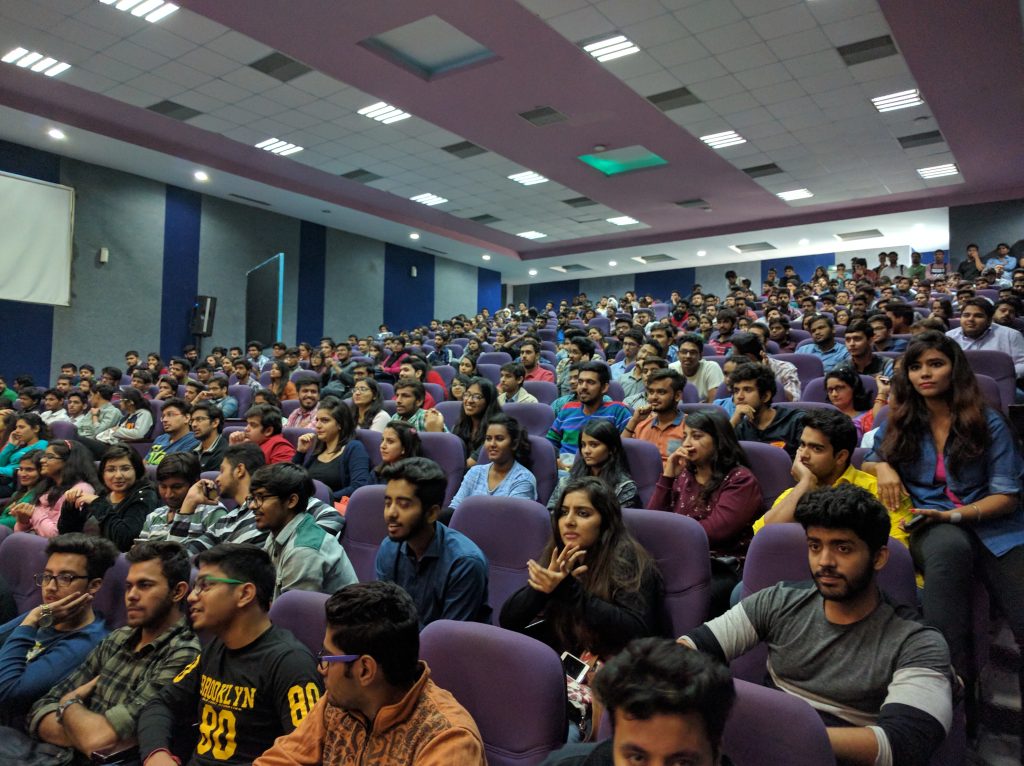 While Divesh Popli of ECE, MRU, won the First Prize, it was Vinayak of CSE, MRU who won the Runners Up position.

What made the finale an event to remember was the fact, that Manav Rachna and Google Allo struck a high note when they presented Biswa Kalyan Rath, as the quiz master who anchored the sessions and put the participants immediately at ease with his humorous one-liners and jokes.