Ms. Neeti Shikha has been a prolific mooter during her law school days, post which she has dabbled in litigation, corporate law, contributed to a few books including one on Mooting and even taught at several top grade law schools in India and Singapore. She is currently associated with a London based think tank and is also engaged with a research project. 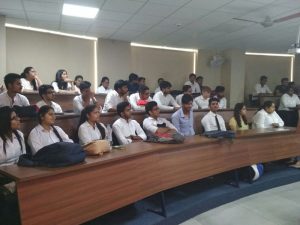 Faculty of Law was indeed elated to have her at MRU and conduct a day-long workshop on Mooting skills. Being the formative year, the law students were uninitiated into the Moot courts and this workshop not only introduced them to the concept but also gave them a practical exposure as Ms. Neeti Shikha distributed a few moot problems relating to the Law of Contracts, Torts, and Crimes. The students were explained how to frame arguments, were shown a few videos of moots in session and were given some time to prepare their arguments.

Workshop on Real Analysis and its Application

Webinar on Micro-Grid and its Opportunities