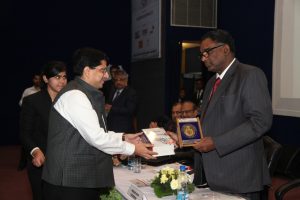 was held at the Manav Rachna campus here today. The theme of the workshop was ‘Criminal Prosecution in India’ wherein the invited Experts shared their wisdom on various aspects of this subject leaving participants enthralled by the sheer depth of their analyses and expert opinions. The stakeholders and invitees included Hon’ble Judges of Delhi and Punjab & Haryana High Courts, Judicial Officers of the lower judiciary, senior Police Officers and their nominated IOs, Public Prosecutors and lawyers in order to make the interaction conducive and knowledge-intensive. The Workshop aimed at debating and analyzing critical aspects of criminal investigation and prosecution in order to ensure that all stakeholders understand and perform their respective roles effectively. 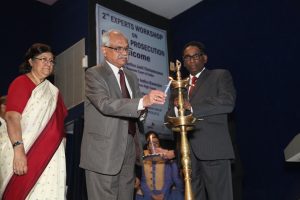 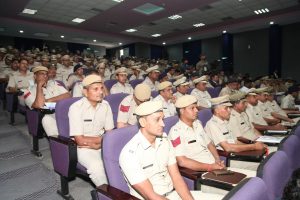 The workshop included various sessions like the Inaugural session on Reforming the Criminal Justice System; Role of Court and Duties of Police Officer; Financial Frauds, Cyber Crimes and prevention of money laundering act, 2002; Salient features: Prison Reforms, Juvenile Justice (Care and Protection Act), 2015 and Prevention of Corruption Act, 1988; Role of Forensics in Criminal Investigation and prosecution; General Principles of Appreciation of Evidence and Role of Public Prosecutor; Investigation in Criminal Cases (Role and duties of Investigation officer) and Critical Features of NDPS Act and the Valedictory session on How  to  bridge  the  gap  between  the stakeholders i.e. Government, Police and Courts. 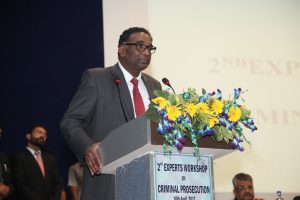 Speaking on the occasion, Hon’ble Justice Jasti Chelameswar, Judge, Supreme Court of India, said, “My sympathies lie with the Police officers because of the tremendous pressures under which they work. But they have a noble duty which has to be discharged respectfully keeping in view the constitutional system.  What is most worrisome is the low conviction rate in this country. And the reason can primarily be attributed to the lack of efficiency among lawyers and investigators. Hence, establishing evidence in the court of law often gets hampered. Evidently, there is a lack of training of police officers conducting the investigations and the same police officers are expected to handle law and order problems. There should be specialized wings for criminal investigation. Unless the law makers of this country feel the need to implement such changes, the problems will persist indefinitely.” 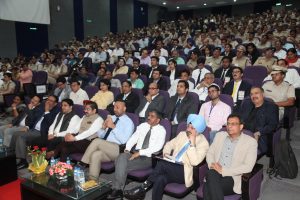 In her greatly comprehensive speech drawn from personal experiences, Hon’ble Justice Indira Banerjee said, “The principle purpose of the criminal administration is to protect the rule of law. It has been observed that there is no forensic examination being conducted in mofussil towns making it difficult to dole out proper justice. It is important to strengthen the investigative system and the co-ordination between police and prosecutor to ensure fair trials.” Hon’ble Justice Indira Banerjee also highlighted the need for proper training, sensitization, improvement of infrastructure and the use of latest technology for tracking down perpetrators whose profiles have changed considerably across the years.

Also speaking on the occasion was Dr K.P. Singh, Director General of Police, Haryana, in which he highlighted the need to rewrite the rules of evidence while talking about reforms.

Press Release: National workshop at MRIU provides a road map for Haryana to conserve its water resources along with recommendations for efficient utilization of water in Smart cities and villages