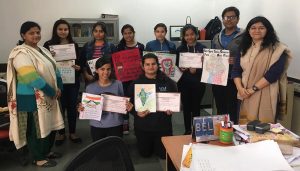 Under the clan activity, the event started with a Dance Flash Mob by the dance society. Open Theatre students participated in Singing, Dancing, Rap, and patriotic singing.

In conclusion of the event, students were awarded certificates on the basis of teams and individual performance. Thus the spirit of martyrdom and sacrifice of the soldiers in the service of the nation was remembered and honored.

Seminar on “Cracking the Technical Interview”