The Civil Engineering Society of Department of Civil Engineering organized a cricket match recently in the University Cricket ground of MRIU. Students from 3rd, 5th and 7th Semester participated in the match. Trials were held a day before the match for finalizing teams, wherein 70 students appeared and only 44 were selected, to constitute 4 teams. Sports department provided a kit for facilitating the match. The inauguration was graced by Pro Vice-Chancellor of the University, Dr. M.K. Soni; Director Sports Mr. Sarkar Talwar; Executive Director & Dean, FET, Dr. Krishna Kant. 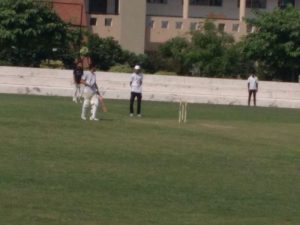 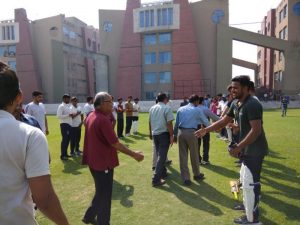 The first match was held between 7th Semester A & B sections. The section-b team won the toss and elected to bat first. It was thrilling to watch young players putting great efforts in batting, bowling and fielding. 7th B won the match in last over to secure a place in the final. The second match was held between the teams of 3rd semester and 5th semester. Latter won the match with half the overs of their quota still remaining to secure a place in the final.

In the final match, 7th semesters won the toss and elected to bat first. The 5th-semester team chased the target of 160 runs with full spirit but fell short and lost the match. The following students were the shining stars of the day:

Emerging Power-train technologies and Expectation of industry from students