There’s this moment that you forget about the pain that you’re in and you’re just happy, If I can do one moment like that for one person here, that’s good.

To recognize and support the incredible determination of parents and families, who do everything humanly possible to fight for and save the lives of their children, and to mark International Thalassemia Day & World Cancer Day, Jeevandayini Social Foundation in association with Sarvodaya Hospital took a step ahead to spread happiness among the young warriors battling with Cancer & Thalassemia. 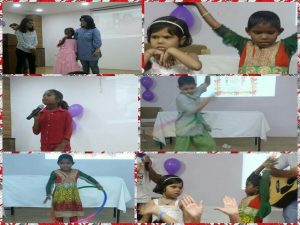 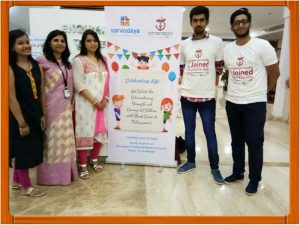 To bring some magical moments in their lives, a Magic Show was held which actually served as an ice-breaking session, bringing out these submissive silent kids out of their shell. The show brought liveliness and excitement amongst them, as the magician involved each one of them in  various activities. 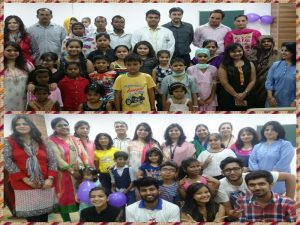 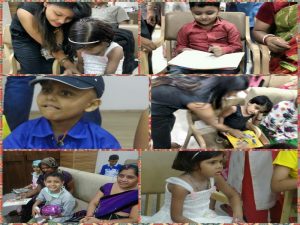 This was followed by Hula Hoop dance by Jeevandayini Youth Club students which motivated the young warriors to come forward and be a part of the fun-filled activity. It was really amazing seeing them giggling and laughing during Hula Hoop performances.

A Guitar performance along with some famous songs by the Youth Club members made everyone tap their feet and sing along with them. They also made kids dance with them on the Musical Drama performance.

Passing the Parcel game involved each and every kid and gave them a chance to give their performance in he form of dancing, singing, reciting poems etc.

Another attraction of the event was Tattoo making and everyone got their favorite character tattooed on their hands. Colours along with drawing books were distributed amongst the kids and they were also seen enjoying coloring with full enthusiasm. Small token of love and care were given to the young heroes and their siblings.

The ‘Celebrating Life’ event went off well, much more than what could be expected. Happiness and smiles on our young warriors and their parents was amazing, which gave much satisfaction which cannot be matched with materialistic things. Overall, it was a fun filled and exciting event for the children who symbolized their spirit and determination to fight the life threatening blood disorders.

In the days ahead, let’s work with greater focus, stronger collaboration and enhanced synergies, so that we can  create lasting, positive changes in the lives of the children with blood disorders given the fact that they are the future of our nations and the world.

IMMEDIATE IMPLANT PLACEMENT- AN EVIDENCE BASED APPROACH. LECTURE AND DEMONSTRATION.