Manav Rachna celebrated 46th Independence Day of Bangladesh, a nation which got independence on 26th March, 1971. It is a tropical country, situated mainly on the deltas of large rivers flowing from the Himalayas. Before becoming an independent state, Bangladesh was the eastern province of Pakistan, known as East Bengal and, later as East Pakistan. 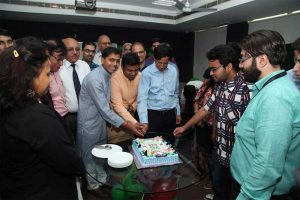 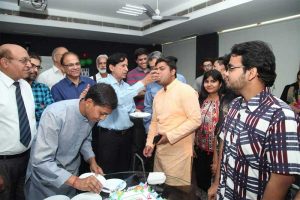 Addressing the gathering, Dr. N.C. Wadhwa, Vice-Chancellor, MRIU,  said, ”This is a great day to celebrate as both India and Bangladesh have similar  cultural and historical backgrounds. Like any other developing country, Bangladesh is also an Independent nation. India was the first nation to grant recognition to Bangladesh. We keep on holding important conferences, workshops and seminars but we also believe in celebrating festivals and important events. The present occasion is meant to foster a sense of joy among students of Bangladesh and bring them closer to the Manav Rachna family.”Lastly, he extended his heartiest greetings and wished students for their bright academic career ahead. 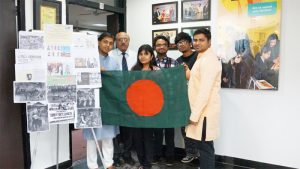 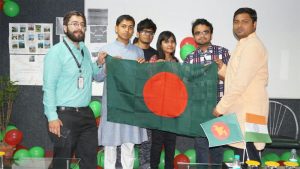 Speaking on the occasion, Brig. S.N. Setia, ED-MRASC, Director Admissions & IT, said that “this was the day when he got posted in the earthen division. The day was called as ‘The Victory Day’. On this day, Pakistan army unconditionally surrendered themselves. Lastly, he said that it was a good gesture by the Bangladeshi student to organize this event.”

Lecture to promote Innovation for Healthcare through Biotechnology products