POWERGRID with the support of Ministry of Power and in association with CBIP and IEEMA conducted 5th International Exhibition and Conference GRIDTECH 2015 from 8th to 10th April 2015 at ITPO Pragati Maidan, New Delhi on new technology.

The dept participated with one of the project titled ‘Smart E Rickshaw’ in the event with objectives given below .

To make a safe means of transport that will be available to the common man.
To make an eco-friendly vehicle.
To harness solar energy.
In the designed and developed E-Rickshaw following new technology were incorporated

Use of Ultra capacitors.
Electronic gadgets (G.P.S tracking system, overloading sensing system, security system).
Solar charging system.
Gear chain drive mechanism.
The team was selected in 1st round on the basis of presentation and video film. A total of 40 teams were present at in this final round at Pragati Maidan. At the inaugural session at Pragati Maidan the project was displayed before Honorable Mr Piyush Goel Union Minister for Power Government of India. He appreciated the work done by the team and asked for commercialization of the technology. The MRIU team stood third in the project display event at student innovation pavilion of the GridTech 2015 Pragati Maidan event and won prize of Rs. 25000/-. 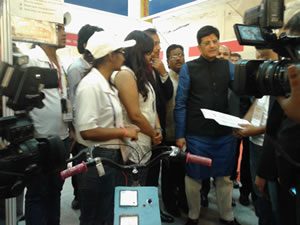 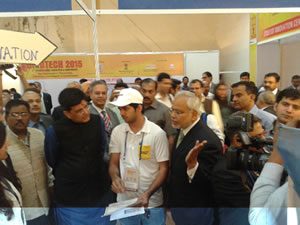 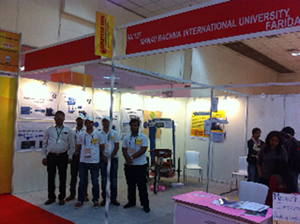 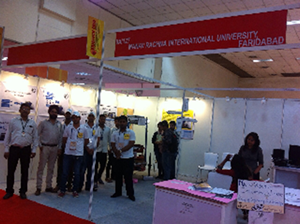 Team Members with their projects 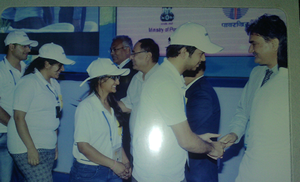 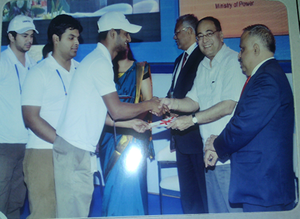 The prize was distributed by Chairman CRC Honorable Mr. Grish. B. Pradhan
The project is developed by the following team members:
Faculty Advisor: Mr. Harpinder Singh

The Competition was held on 26th-31st March 2015 at Lovely Professional University, Jalandhar, India.

The dept participated with one of the project titled Engine smoke and Alcohol Sensor Go Kart in the event with objectives given below .

The team first registered by paying an amount of Rs 10000. First phase was to submit report of the vehicle to be prepared on which selection was based. Team submitted the report and was selected for phase two, in which team had to take the vehicle at the venue and had to present their report in front of judges and undergo various tests as per the rules and regulations of the competition.

At LPU, the vehicle was first tested for noise which was within the competition norms. Then the vehicle was taken to the brake test area, where the driver is asked to achieve a speed of 40kmph and then apply brakes and vehicle should stop within 6m distance. The team cleared this round also in single attempt.

After the above mentioned tests the vehicle was given clearance to participate in the competition. The vehicle was then taken to Skid Pad test arena where the driver had to run the vehicle to form 8 made by placing cones. The driver Misbah successfully completed the skid pad test and then we were asked to go for Endurance test in which each vehicle had to run for an hour and the team which would make the maximum laps was declared as winner of the competition.

The team successfully completed the race and was at the 5th postion in the overall competition. 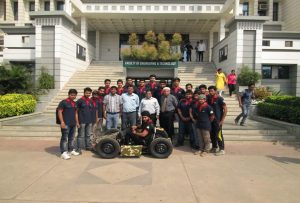 The project is developed by the following team members: 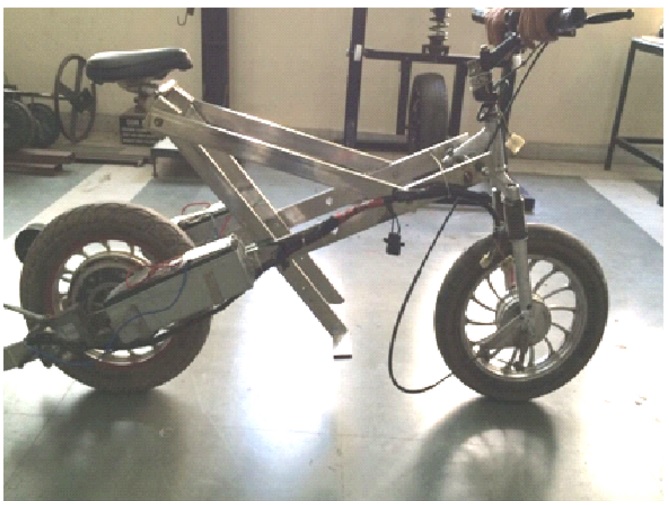 Foldable electric bike is designed in a manner that it can be folded into compact form so that it occupies less space for storage and parking. One can easily carry along with it. It is environment friendly and it also contributes to reduce the use of fossil fuels. It reduces air and noise pollution.
Patent Applied with following details:
Name of inventor: Mohhammad Misbah
Patent Application No: 201611021004
Date of Filling: 20-6-2016 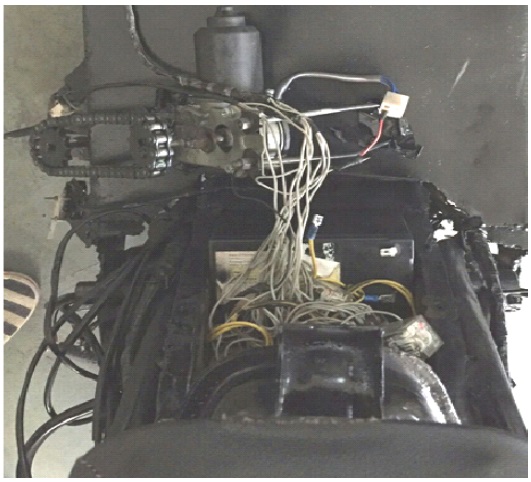 Automatic two wheeler side stand is developed for ladies/old/disabled persons who find it difficult in applying a regular stand. The presented mechanism consists of D.C. motor powered by 12V battery, connected to the chain drive gear mechanism with relays and limit switches. The motor is actuated by two push buttons for opening and closing of the side stand.
Patent Applied with following details:
Name of All Inventors
1. DEVENDRA VASHIST
2. VINAY SHEORAN
3. CHANPREET SINGH
4. PEEYUSH SHARMA
Patent Application No: 201611024045
Date of Filling: 14-7-2016