Deemed to be University under section 3 of the UGC Act,1956

About Department Of Aeronautical Engineering 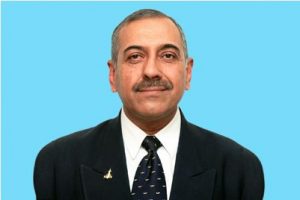 The Department of Aeronautical Engineering is one of the most dynamic divisions at Manav Rachna International Institute of Research & Studies (MRIIRS).The department was established in the academic year 2008, with the approval of AICTE and thereafter, acquired resources consistently in order to build up a good academic environment. It has grown into a reputed department offering a 4-Year Bachelor of Technology (B.Tech.) program in Aeronautical Engineering. The Goal of the department is to mentor students into top class aeronautical engineers, suitable for employment on the National and International scenario.

The Faculty members of the Department are well qualified, holding Ph.D. and M.Tech. qualifications in Aeronautical/Aerospace Engineering, from premier institutions and have rich experience in specializations such as aerodynamics, aircraft design, propulsion systems, aircraft structural analysis and space engineering and have acquired the competency from their previous tenures in industries, academic institutions and R&D organizations. Such a practical exposure with immense experience is of great advantage to students, in order to get first-hand information on modern technologies/practices followed in the aerospace industry.

The students undergo industrial training as a part of the curriculum. They are also trained in soft skills and aptitude development, to prepare them to face the professional world with ease, when they pass out. The Co-curricular activities include educational visits to Air Force Bases, Industry, and Academic Institutions. The Department conducts workshops and guest lectures by experts from industry/academic institutions.

On employment scenario, Aeronautical Engineer obtain placement in the Ministry of Defence laboratories such as DRDO, ADE in Bangalore, Mechartes and Zeus Numerix which is engaged in application and development of Computational Fluid Dynamics, in aircraft and helicopter manufacturing public sector undertakings, and in private companies like Mahindra Aerospace, Acumen Aviation and companies engaged in design and maintenance. Also, our students have shown their brilliant presence in higher studies, either in reputed institutions like IITs through GATE examination, or in international institutions in countries like USA, Germany, Italy, Canada, Australia, etc.

Data showed airlines like Air India, InterGlobe Aviation Pvt. Ltd-run IndiGo, SpiceJet Ltd, Jet Airways (India) Ltd and GoAir were able to fly fuller flights in 2017—flights were 86.1% full in 2017, compared with 75.5% in 2011. The sector is booming, pushing the demands for professionals.

In the next five years 300 business jets, 300 small aircraft and 250 helicopters are expected to be added to the current fleet. Government has plans to establish greenfield airports under PPP at Navi Mumbai and Mopa (Goa). The AAI aims to bring around 250 airports under operation across the country by 2020, with some new airports to be set up. In the North-east region, the AAI plans to develop Guwahati as an inter-regional hub and Agartala, Imphal and Dibrugarh as intra-regional hubs. This growth is sure to fuel more opportunities in this sector.

The Department of Aeronautical engineering of MRIIRS ranked in “The 10 Best Aviation Institution to Watch, 2019” by the Knowledge Review Magazine.

The Knowledge Review Magazine is one of the best leading education magazine that talks about Educational Institutions, their courses & polices, educational technologies,  innovators and their success stories; and most importantly, strategies & tools to prepare today’s students for tomorrow.

The unique logo and Web-link of the elite listing for the Institute’s press releases, brochures, media section, social network is given below

Congratulates Vinika Tyagi for getting admission in M.Sc. Pharmaceutical Analysis