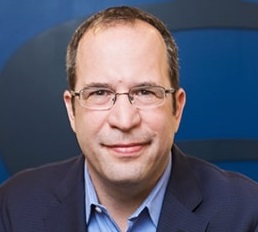 for the ‘Global Thought Leader’

for his exemplary contribution to the world of Education

It is but once in a lifetime that one comes across a person who epitomizes the rare qualities of great ideas, passion, quality, vision and drive to succeedin a highly competitive world. David Coleman, the president of the College Board, USA,is one such unique example in the world of education and research. In his lifelong pursuit of academic excellence he has achieved several milestones and is the architect behind common core curriculum standards that are being adopted in nearly 50 states of the USA.

He holds the distinction of spearheading a sweeping redesign of America’s oldest college entrance exam, which has solidified Coleman as one of the most dynamic voices in education. Bold, idealistic and extremely meticulous, he infused the colors of his personality in College Board when he circulated his vision about transforming the organization’s signature product, the SAT college entrance exam. Mr. Coleman guides the overall direction and strategic priorities of the organization.

Having grown up in family of educators, Mr. David Coleman followed suit and entered the world of education. Extremely talented and academically glorious, he’s a Rhodes Scholar with degrees from Yale, Oxford and Cambridge universities and has worked as a consultant withMcKinsey & Co where he did some pro bono work for school districts, trying to improve performance. He went on to found an education technology company, which McGraw-Hill Education later acquired for millions of dollars, and started a nonprofit “Student Achievement Partners” that researches and develops achievement based assessment standards. Coleman was also a founding member of a lobbying advocacy organization for standards driven educational reform.

His tremendous contribution to the education world has ensured a steady stream of accolades and awards. He has been recognized as one of Time magazine’s “11 Education Activists for 2011” and was one of the NewSchools Venture Fund Change Agents of the Year for 2012. David was named to the 2013 Time 100, the magazine’s annual list of the 100 most influential people in the world. He is admired the world over for his contributions in the area of professional and academic staff development and he is a much sought-after speaker both in the USA and overseas. He has extensive experience serving on professional bodies at Board level for the university and the community.

MANAV RACHNA FRATERNITY HONORS HIS SPECTACULAR CONTRIBUTIONS AND WITH IMMENSE GRATITUDE, BEQUEATHS MR. DAVID COLEMAN WITH THIS AWARD, ON SATURDAY, THE 13TH OF APRIL 2019, AT THE MANAV RACHNA EXCELLENCE AWARDS 2019.