Read on or jump to the last para to know it firsthand. 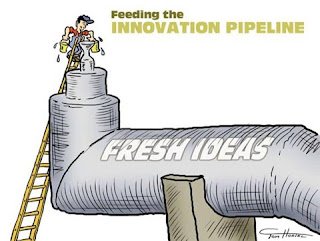 Ask any teenager, any at all, particularly the ones preparing for the Engineering Institutes or just in your campus you could ask the young Manav Rachna technocrats who have been regularly bring laurels to the institute. Ask them the reason for choosing to get into those hallowed portals and pat would come the reply, “I wanna do something different. Something new, you know.” Ask them another question about how they would go on doing something different and you would be surprised like they are about loss of words to come up with innovative ways about doing something remarkable.
Ever since Mr. Narayana Murthy, the poster boy of Indian IT, shocked his illustrious academic counterparts by choosing to open shop rather than work in one little did he realise that his single act would inspire thousands of entrepreneurs who started similar outsourcing companies. Numerous small, mid-sized and large IT outsourcing companies dot the corporate landscape of India today.
In the process, however, millions of people found another option for secure servitude: working for those outsourcing firms, earning big salaries, doing mediocre work. This has had a remarkably damaging impact on several generations of Indian talent over the past 20 years.
Today even when the world continues to stare and applaud at the daring and defiant act of Mr Murthy, the younger lot continues to look upto his labour of love, Infosys Technologies, whether they would come to their respective campus with lucrative job offers.
So the big question is where is the Indian innovation? Where is the entrepreneurship?
Unlike the young techie brigade of India who are more contented with secure a job in some MNCs in India or abroad, their western counterparts who start off in their garages are seen as the coolest kid in the block. At times even as geeks who would someday rule their desktops or laptops.  This lack of enthusiasm among the gen X brigade is due to a lot of factors. Lack of mentors, abysmal success rates of new start ups, lack of good incubator programs, lack of quality tech talent in India, etc, etc.
But then the big question is, ‘are we really short of innovation and entrepreneurship?’
Not really, the country has never been short of innovation. Innovation has been running deep down in our veins since a long time. The scientific community has made the country proud with its endless number of discoveries and innovations.
Take examples of our own students who made it big in the one of the most prestigious technology innovation competition in the world. Team ‘Supersonic Tortoises’ consisting of 4 final year B.Tech students namely Tushar Chugh & Adeel Kidwai (Manav Rachna College of Engineering) and Madhav Malhotra & Anchal Arora (Faculty of Engineering & Technology, Manav Rachna International University) won the second prize in the Microsoft Imagine Cup for their project titled ‘PregnaCare System’. Another team consisting of Aman Jain, B.Tech Electronics & Communication Engineering 1st year and Rishabh Goyal, B.Tech Electronics & Communication Engineering 2nd year from Faculty of Engineering & Technology, Manav Rachna International University won the Third Prize for their project named ‘Tractrobot’.  Both ‘PregnaCare System’ and ‘Tractrobot’ are innovations for the society in large.
Pradeep Gupta, CEO of Cybermedia and president of TiE Delhi, concurs: “I have been talking on entrepreneurship at various colleges for the last two decades. I always ask a question: How many of you want to be entrepreneurs?” he says. “Earlier, maybe 5% [of] hands went up; today a quarter of the class raises their hands.”
Prashant Bhalla, Senior Vice President, Manav Rachna International University, said, “At MRIU our endeavor is to promote the holistic growth of Science and Technology amongst our students so that they could apply their knowledge and produce path breaking innovations that would help the society and the country in large. Our students have been involved in lot of path breaking innovation. The need of the hour is to imbibe the spirit of entrepreneurship along with innovation.”
Kunal Thadani, a venture capitalist returned to India after a successful track record in Silicon Valley as an entrepreneur. He understands the innovation process and acknowledges that the eco-system is stalling. “To build a product, you need to have either easy access to customers or many members in the team who all have deep shared knowledge of the customer pain,” Kunal Thadani For now, neither is in place.
Meanwhile till such innovative entrepreneurs figure out how to turn their dreams into success stories, India continues to innovate. On A4 sheets, that is.